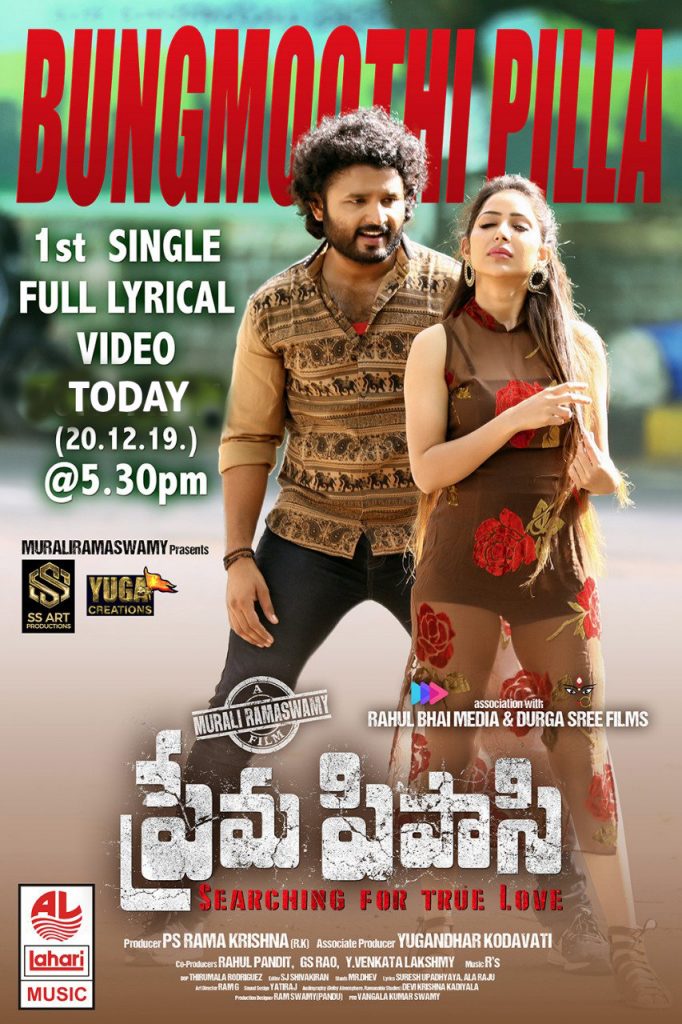 The movie is being directed by Murali Ramaswamy and is jointly produced by Rahul Bhai Media, Durgasri Films and PS Ramakrishna. The movie is starring actor GPS, Kapilakshi Malhotra, Sonakshi Varma in the lead roles.

PVR Vishnu who attended the event said, “Producer Ramakrishna has a good taste in movie making and production. The theatrical trailer is looking interesting and I hope that the movie will surely impress the Telugu audience. Finally, director Murali’s efforts have paid off. I wish all the cast and crew a success.”

Speaking during the launch, producer Ramakrishna said, “This is my first movie as a producer. Actor GPS did amazingly well in the movie. And the audience will get to see his on-screen acting and performance only when the movie is released. Going by the looks of the teaser, we got to see the skill of director Murali. I could finally come out with this project because of my friend Yugender.”

The movie is currently under post-production stage. The movie will soon be released in Telugu states. Jyothi Rajput, Mamatha Sri Choudhary, Ankitha, Sanjana Choudhary, Suman, Bhargav, Shaking Sheshu, Jabardast Rajamouli were among other artists in the movie.